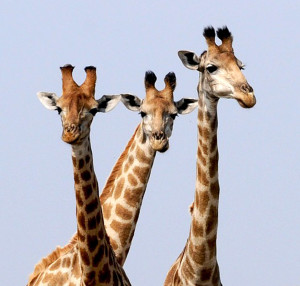 “You don’t drown by falling in the water; you drown by staying there.”

If you stop and think about it, everyday is filled with negotiations in both your personal and professional lives. You negotiate who makes dinner, when the plumber can fit you in, and the prices at the neighborhood closeout sale. You also negotiate project assignments, budgets and salary caps, and time off. Sometimes it is easy to negotiate, but other times, when we have a great deal at stake or we are upset, the task can be difficult or demanding.

Negotiation is a bargaining process in which the individuals involved attempt to reach agreement on a disputed matter. The practice of negotiation is an art and a science, borrowing strategies and tactics from the fields of logic, rhetoric, sociology, psychology, and law. Because negotiating is an inter-personal process, each negotiating situation is unique, and influenced by the parties’ skills, attitudes and style.

We often look at negotiating as unpleasant, because it implies conflict; however, in many respects a conflict is what the disputants perceive it to be. Often conflicts emerge out of commonplace events and therefore demonstrate what individuals consider to be important and relevant to them. Thus, the elements for a peaceful settlement of a conflict can be found in the conflict itself.

In order to resolve a conflict, it is essential that the parties communicate. Both parties need to:

There are two basic approaches to negotiation. The first is Position Negotiation. This is based on competition and coercion. Demands are made and the parties are adversaries or enemies. The goal here is victory, not agreement, and while there is a winner, there is also a loser. This approach is about individual gain.

The second, more desirable approach is Interest Negotiation. Here the parties have a regard for the interests, priorities, preferences and concerns of the other. It involves discovering what the other party really wants and why, and trying to find creative ways of satisfying both sides at the lowest cost to the other. This is a side-by-side approach, rather than adversarial where the parties work toward an acceptable solution and mutual gain.

A story frequently told to illustrate the difference between position and interest negotiation depicts two people arguing over an apple. They cannot agree on a way to divide it, so a third party (an arbitrator) steps in and slices the apple in two, giving half to each person. The first person eats the fruit and throws away the peel; the second person throws away the fruit and uses the peel chopped up in muffins. Both parties focused on their respective positions and didn’t understand each other’s interests. The result: both left wasted opportunities rotting on the table.

When negotiating, there is no one best strategy; what works well in one situation, may not work in another. Negotiation is about Results (success) and Relationships (effectiveness). Implicit in the process is cooperation and collaboration through which each party can be satisfied. Keep in mind that you are responsible for the success or failure of negotiation and winning does not require that someone else lose.